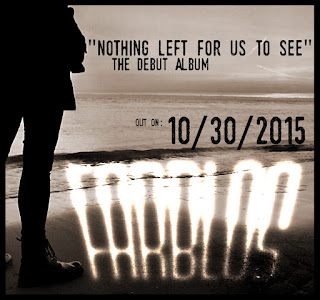 It's been a while since work on the debut album started.
Back in late summer of 2013 Farblos made the first step into Fabian Zirklers Obscure Music studio with a lot of demo tracks some of which made it onto the final release, some of which somehow never worked and and still gather dust in some drawer, and some of which have completely been scrapped and replaced by tracks that were written during the production process.

Finally most work is over, so that October 2015 will see the release of NOTHING LEFT FOR US TO SEE one day before Hallowe'en, so you can play it at your parties ;)

Details on the release and where to order it will be made public very soon!
Posted by Karnsteyn at 11:35